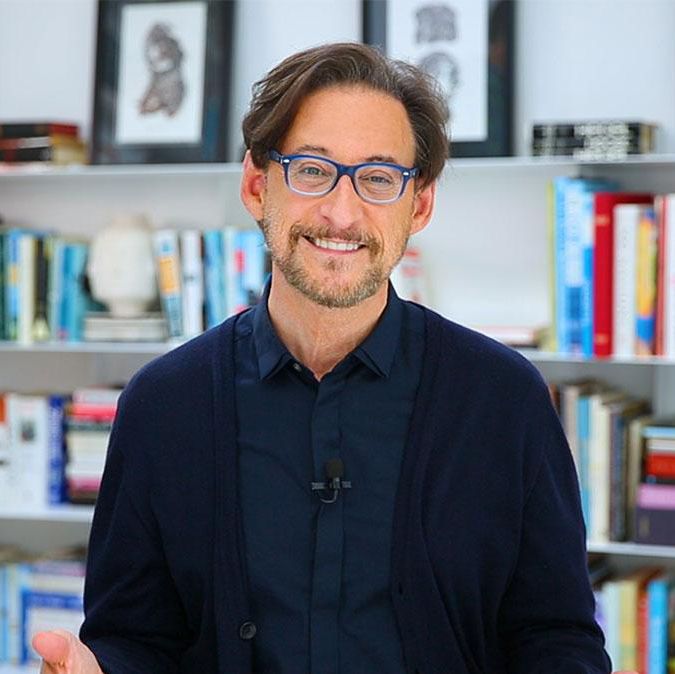 “Pediatrician to the stars,” Dr. Harvey Karp has become a household name among the parenting set thanks to his best-selling book, The Happiest Baby on the Block and its “Five S’s” philosophy. But what you may not know is that Dr. Karp is also on a mission to eradicate postnatal depression through his high-tech sleeping device, The Snoo, a smart-technology sleeper that many parents are turning to to reduce crying and to naturally sleep-train their babies (there’s even a private Facebook page called “Snoo Mamas.”) This, in turn, leads to more sleeping for mama, which leads to lower risk of depression. It comes at a hefty price tag, $1,295, but for about $3.90, you can also rent the product, which is about what you’d spend on the Starbucks venti you’ll need anyway.

In a candid conversation with Babe, Dr. Karp tackles the exhaustion-depression connection, debunks depression myths and sheds light on how the Snoo is the extended family you always wanted around, minus that one judgemental aunt. Read on.

We’re concerned about the emotional state of new mothers. In your experience, how would you describe what’s going on with new moms you’ve encountered?

Becoming a mom is the most extraordinary, blessed, brilliant and heartfelt experience you could have. For most women, it’s fireworks. They feel purposeful. It’s what you were meant to do. But not everyone feels that instantly. For some, it takes days, weeks, months. On average, breastfeeding moms sleep six hours a night, but it’s six hours broken into pieces. They never have a chance to rest. They’re already exhausted during the last two months of pregnancy, then it’s the travail of delivering, then on top of it, you have this vision that you’re supposed to be really happy.

Here’s a big lie. Everyone knows babies don’t sleep a lot, but then if you have no experience with babies, you think, It will get better. By three months they’ll be doing really well. That’s not what usually happens. It’s a roller coaster. They’re better, then they’re worse again. There’s a growth spurt, or a cold, or sleep regression. It’s a house of cards. And the mom thinks it’s not fair. “No one told me that!”

Most women have no idea what they’re doing. They’re trained to excel in school and work but they have no clue how to handle beings.  That’s the cultural shift in family ecology. We only had extended families hundreds of years ago.  Today’s moms don’t think they deserve any help. Normal mothers suck it up and deal with no help and they don’t complain because “you asked to have a baby.” That’s one of the reasons families are disoriented and dissolving. They’re so sleep deprived, it’s literally tortue. But there are simple techniques that can make you much more successful, and that’s my life’s mission.

Sometimes we can’t decide if we’re depressed or just tired.

Number one is yes, you’re tired. And number two, is that the whole concept of postpartum depression is not only one thing. That’s why it’s now called Postpartum Mood Disorder. It’s depression, OCD, anxiety. It’s a mixed bag of feeling disoriented and dejected. It turns out that anyone who gets exhausted or is sleep deprived is more prone to anxiety, fearfulness and severe mood swings, including depression.

Everyone talks about hormonal changes, but men and adoptive parents also feel it. The misconception is that it’s “Boo-Hoo depression” like you’re crying all the time. Some women can’t get out of bed. They’re listless. Many are anxious and depressed and can’t shut off their minds. For others, it’s intense loneliness. It’s a broad spectrum. For some it’s obsessive. They wash their hands 1,000 times a day. People also think it happens right away when it can happen weeks and months later.

Studies show that exhaustion is as impactful as having a prior history of depression. PPD predisposes you to a lifetime of depression, so we do a universal screening. Every woman is screened multiple times to see if she’s depressed at the OB-GYN’s and pediatrician’s office. It’s a good thing, however it’s a failure also. Why? Because 700,000 women are depressed every year and we wait for them to get seriously depressed before we even screen them. We hope they follow up and we hope they get better. When you have a serious problem so pervasive that it affects 15-20% of the community, you need primary intervention. You stop it before it happens. If 700,00 women are getting tuberculous, we wouldn’t just screen for it.

700,000 women are depressed every year and we wait for them to get seriously depressed before we screen them.

So what can we do about it?

Some work is being done across the country. There are support groups. We’re also telling women about Postpartum Mood Disorder earlier so they can get help. What I think is part of the answer is the Snoo. The thing about the Snoo is that if, for the cost of a coffee, we can reduce all the litany of illness and destruction and we can help people get more successful, then it’s a great advance. It’s the answer. We’ve worked with depressed women from UCLA, to U.C. San Diego, to the University of Michigan, and we’re showing that we can help severely depressed women get better using the Snoo. When women are sleep deprived and feeling overwhelmed, it’s a big part of the answer. Another big part of the answer is looking at prevention.

There’s this myth in the back of many women’s heads that we need to suffer somehow. That this idea of sacrifice is part of the journey of motherhood. Does it have to be like that? Is there a way where everyone can win, even for the women out there who subscribe to attachment styles of parenting?

Attachment psychology is fantastic. If you allow it to become an ideology, it can be problematic. It’s challenging when you’re a new parent. Babies don’t know the rules. It’s good to have a philosophy, but you have to deal with the child in front of you. Flexibility is a good thing. The second thing is you should absolutely be with your baby. Hold them, rock them, carry them, but don’t do things that endanger your baby. 70% of the 3,600 babies who die every year die next to their mother. You won’t ever recover from that.

We very much believe in the 4th trimester at HATCH, both for women and babies. Can you speak to your interpretation of what this 4th trimester is, both for babies and women?

From baby’s POV and mothers’ as well, it’s more like four to five months. By four to five months, babies and moms are ready for the world. It turns out, it’s not until about three months or so that a baby is an expert at smiling at you or cooing at you. It seems like it’s just a cute game but it’s the most important social skill they can develop. Before that, the baby is still a fetus and you are a walking uterus. That’s your job – to hold, rock, and shush your baby as much as possible. That’s as nurturing as feeding your baby. So that’s the key concept of the fourth trimester.

What are some tips you can give to women who think they might be depressed? 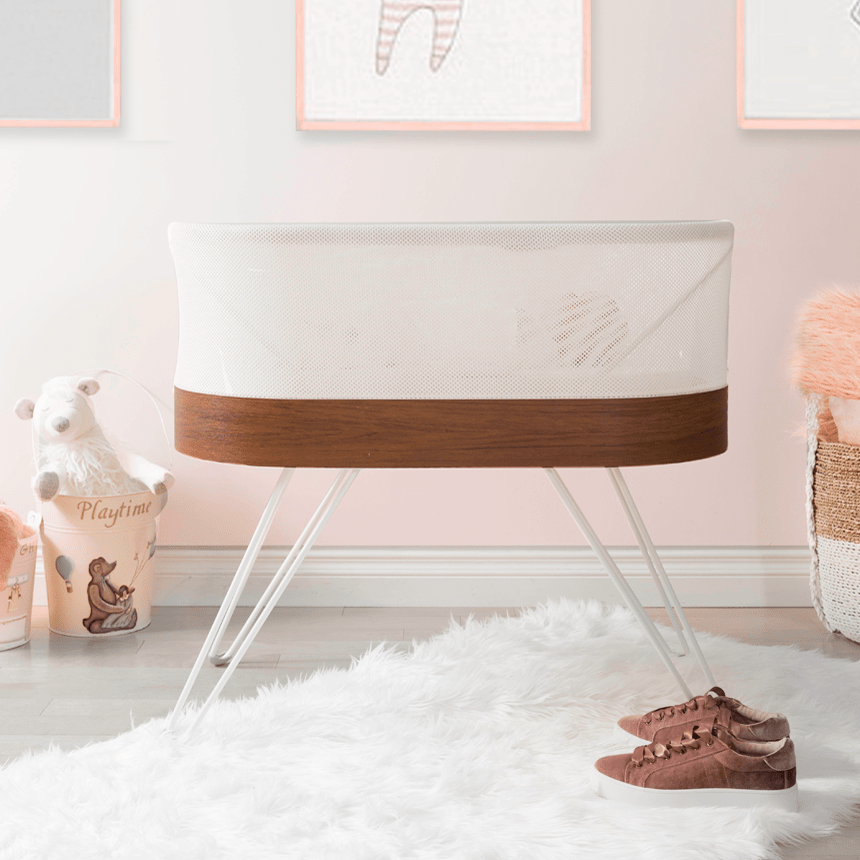 They should go online and get the Edinburgh Postnatal Depression Scale and do the test themselves. If they get a 12 or over, they need help. Or they can ask a friend to come over for two days in a row and let them sleep for four hours, so they can see how they’re doing. Here’s a thing no one’s talking about. In the entire discussion of paid family leave, which is important, you can’t think that’s the end all – it’s just the beginning. If you’re home alone for six months, and you’re up every two hours at night, then you’re alone, exhausted and still depressed. In Canada there’s paid leave for one year and depression is just as prevalent. Paid family leave is not going to solve the problem. People need help. We need a support system. Snoo’s goal is to fill the cultural and family void.

You’ve reportedly worked with parents like Madonna or Michelle Pfeiffer. Larry David. We find it fascinating that babies are the common denominator among parents. That a woman like Madonna can have a hard time getting her kids to sleep. If she can’t, is there hope for any of us?

The interesting thing is they put their pants on one leg at a time. They’re regular moms and dads. They have more help but they’re still struggling to figure it all out. Nine Ways to Raise Future Feminists Both girls AND boys.